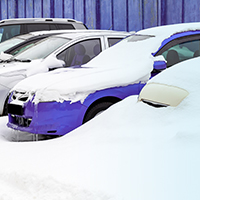 It’s a sad reality that this annual winter holiday season—which so many eagerly and joyfully anticipate—is actually riskier than most other times of the year. Everyone is in a hurry, streets are crowded, darkness arrives early, and weather is severe in much of the country.

Parking operators—whether they manage self-parking lots and garages or provide valet-parking services for the hordes of holiday shoppers—are right in the thick of things. Over the many years our ArmorPark program has placed insurance for this industry, we have seen countless claims during this season. Here are just two examples from the many.

Two valet drivers moving cars for attendees of a holiday event drive two high-value vehicles down an alternate route to their parking destination—in torrential rain. One right after the other, they “drown” the cars in high water. Of course, the valet drivers hadn’t known the condition of that route or they wouldn’t have used it, but the flood waters destroyed both vehicles’ engines and interiors—totaling them.

Holiday revelers feeling “merry and bright” walk into the path of cars being driven by parking valets. Injuries result—and so does litigation. Guess whose side the jury took when this went to trial? (Hint: It wasn’t the parking operator’s side.)

Your first duty to your hardworking parking employees is not to wish them joy of the season, but rather to warn them that this could be a tragic holiday for them—and your parking patrons—if they do not take extra care during this time. By placing greater emphasis on safe practices, let the greatest gift you give be your parking patrons’ and your employees’ safety.—Connie Fox 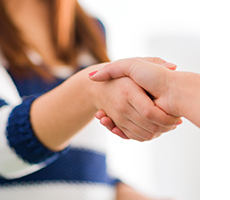 In May 2019, U.S. Risk brought Sera Chalayan-Cessna on board to join the ArmorPark team as an underwriter. Here’s a brief story of what led Sera to us!

After graduating from university, Sera began her career as a banker. She soon transitioned to insurance, first working in wholesale brokerage and then moving to an admitted carrier, where she spent the majority of her early insurance career. During those years, she worked in customer service, account management, human resources, marketing, underwriting and sales. In addition, she served as president of the Emerging Insurance Professionals’ Orange County chapter and as a member of the Insurance Industry Charitable Foundation’s associate board.

Then, during 2016 and 2017, Sera spent 15 months in the Czech Republic earning her MBA. In January 2018 she resumed her insurance career on the retail side as Area Vice President at Gallagher, where her sales focus was on non-profits and parking operators. The way we see it, this was all excellent preparation for her becoming part of U.S. Risk and ArmorPark.—Connie Fox 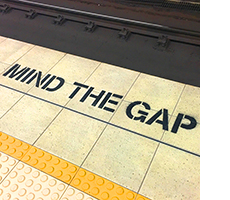 A popular worldwide clothing retailer once ran ads that encouraged us to “fall into the gap.” That tagline got me to thinking recently about gaps in coverage and how they can affect the livelihood and lives of you and your patrons.

Insurance is expensive because—let’s face it—parking operators are in a tough industry that has significant risks. It’s not just the possible theft of a high-value vehicle (and we’ve paid our share of big losses on some pretty rare cars). It’s the risk of human safety that makes parking and valet operators unpopular with insurance companies. But allowing coverage to lapse—or worse yet, going uninsured—can be a major life-changer for you and your assets, your clients, and parking patrons.

In my 25-plus years of specializing in insurance for the parking industry, I’ve seen more than one parking entity decide to non-renew their coverage while shopping around for better pricing. Ironically, some of the most serious claims I’ve seen have occurred during the time the parking client “fell into the gap.”

My advice is to consider insurance to be as important as placing your infant into a car seat rather than holding her on your lap while driving. That’s a no-brainer, right? Well, so is insurance coverage!

DON’T fall into the gap!—Connie Fox

The danger lurking around every corner
February 23, 2016

I’ve interviewed many parking-company owners over the years. When I ask them what single type of claim concerns them most, most of them reply that it’s damage to or theft of vehicles in their care, on their premises.

They’re especially concerned about high-value cars. Even less-expensive cars cost much more to repair than in the past. And disgruntled claimants may insist that their “babies” suffer diminished value after the repairs have been done.

But here’s what rarely occurs to most of these parking operators: Their biggest risk is right down the street or around the corner. Many of the serious claims parking operators experience involve multi-car collisions on public roads—away from the parking operator’s premises. Yet this danger never seems to be at the top of their list.

THE LESSON? When training your employees or developing risk-control measures, always give extra thought to the danger lurking around every corner. Yes, you should worry about damage to your patrons’ cars and take care when handling them. And, yes, you should emphasize repeatedly that patrons are at risk any time vehicles are being moved.

But for every time you worry about your drivers moving cars on premises, worry twice when your drivers take those cars off premises and onto public roads.—Connie Fox

Did you hear the one about the five bodybuilders?
January 21, 2016

Five musclebound bodybuilders pile out of a supersize SUV. Actually, the story starts sooner than that. And this is a cautionary tale, because size doesn’t matter when it comes to lawsuits.

A valet driver pulled a customer’s small sedan out of a restaurant parking lot, intending to take the car down the street to a remote parking lot. He never made it there.

As he entered the public road, he hit a large SUV that had the right-of-way. Out piled five angry men who had just left the nearby gym after a weight-lifting session.

After harassing the valet driver for a bit, the bodybuilders took insurance information from him and then jumped back into the SUV and drove away. The frightened valet later stated that they were clearly not injured in any way. Their SUV had no visible damage either, even though the much smaller car the valet was driving did sustain some minor damage. He probably thanked his lucky stars that this one turned out okay.

THE LESSON? If any incident—regardless of how minor it appears—involves human bodies (people in the other vehicle, bicyclist, pedestrian, or whatever), that claim has the potential to blow up into a lawsuit. Train your employees to file a detailed report immediately after any accident.

And never forget that all potential bodily injury incidents should be reported to your insurance agent and the insurance carrier, even if it’s just an incident report and you feel nothing will come of it.—Connie Fox